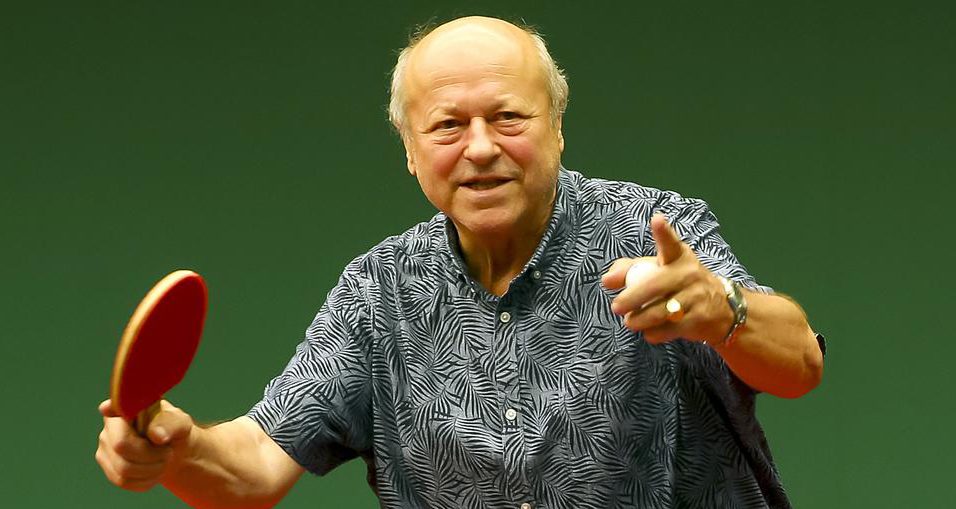 Awarded to Hungarian athletes over 60 years of age, who continue to play decisive roles in sport, Istvan Jonyer, winner of the men’s singles title at the 1975 World Championships in Calcutta, was inducted into the Athletes of the Nation order on Friday 21st May.

Overall, 12 athletes comprise the group, a vacancy arising following the passing of Sarolta Monspart earlier this year on Wednesday 21st April; in 1972 she became the first non-Scandinavian female runner to win the World Orienteering Championships.

Existing members of the group made the decision, eight being physically present, the remaining three keeping on contact by phone.

A margin of 50 per cent of the vote required to gain the verdict, after discussion lasting 45 minutes; almost full agreement witnessed the election of Istvan Jonyer in the first round.

The winner was announced by Elf Szabo, Secretary of State for Sport.

“After the vote, we called Istvan Jonyer. It was good to hear how happy he was and how he was a little moved. He was a dominant athlete in the 1970s; he won everything he could win, and if table tennis had been an Olympic sport, he would surely be an Olympic champion as well.” Elf Szabo

“I was on cloud nine when I found out that of the candidates, who all deserved to win the same way with their fantastic successes, they chose me. At first, I thought of the beginnings, the times in Miskolc, my carpenter father, and my mother working in the wire factory. I’ve come a long way to get here. I’m grateful to Ferenc Sido and Elemer Gyetvai. I was 14 years old when they noticed me at a training camp organized in Hernandez. I also owe a lot to Joseph Dankovich, the chief engineer of the machine factory at the time, he brought us to the first division as the coach of Disgyori Table Tennis Club”, Istvan Jonyer

At the World Championships, in 1975 in addition to securing the men’s singles title, Istvan Jonyer partnered Gabor Gergely to men’s doubles gold, a feat he had also achieved in 1971 in Nagoya when partnering Tibor Klampar.

Later, alongside Gabor Gergely, Istvan Jonyer, Tibor Kreisz and Janos Takacs, gold was secured in the men’s team event at the 1979 World Championships in Pyongyang.

“Finally, I thank Zoltan Berczik. We achieved most remarkable success with the national team under his guidance. The plural pronoun is no coincidence. Also, I wouldn’t be a four time world champion without Tibor Klampar and Gergely Gabor since I won in doubles with both of them, and we won the team gold in Pyongyang together.” Istvan Jonyer

Very much in the 1970s Istvan Jonyer was the spearhead of a golden age for Hungary.

Note: the information for this article was kindly advised by Laszlo Peli, the Media and Production Manager for the Hungarian Table Tennis Association