The Swaythling Club International Reception (SCI) was attended by 33 members, guests, sponsors and prominent officers and officials on Thursday 30th June at the Stag European Veteran Championships in Rimini, Italy. 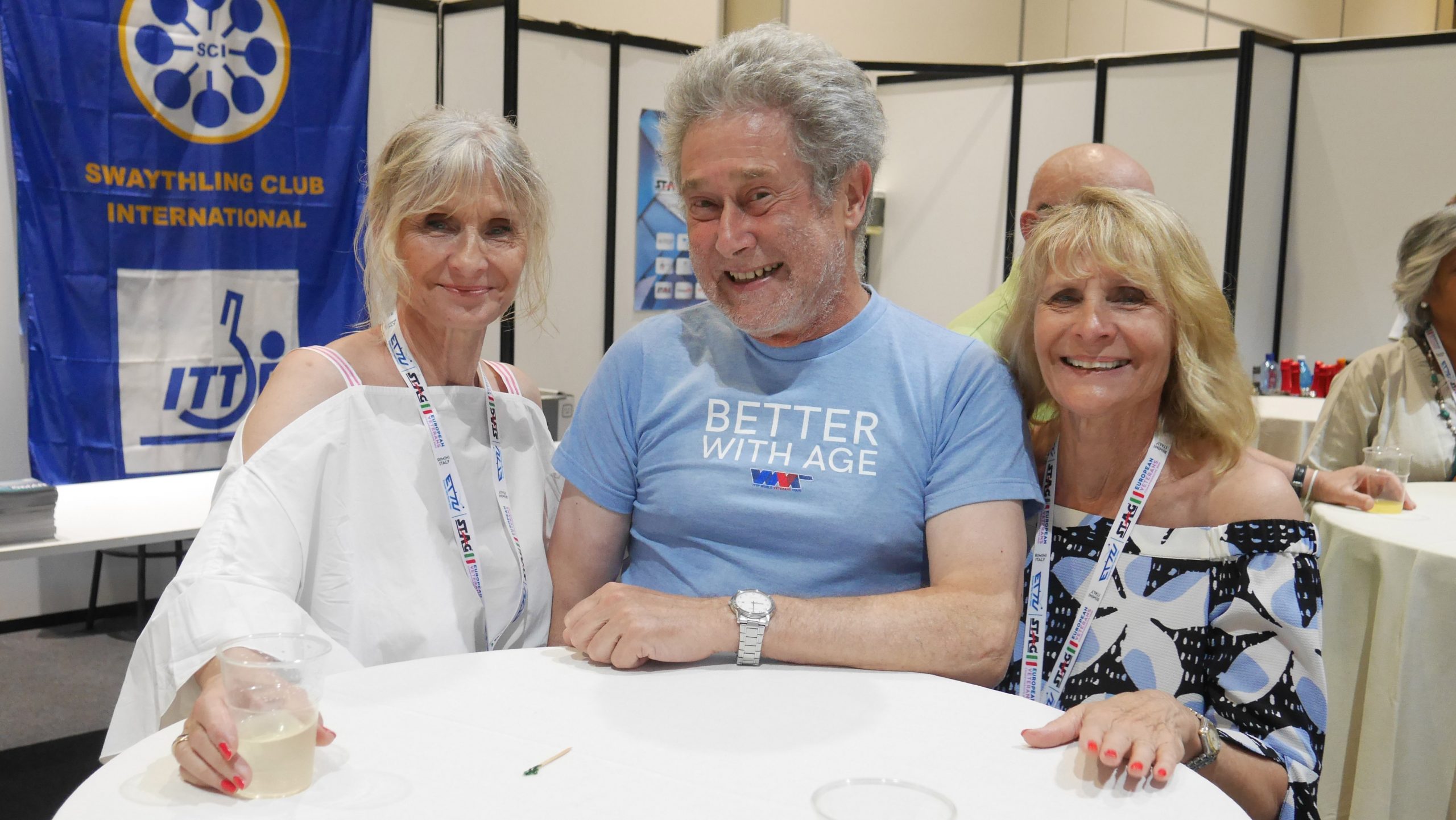 It was a time not only to socialise but to show appreciation to the retiring members of the WVC whose role has now finished due to the ITTF taking over the running of these Championships from 2023 in Oman.

The retiring WVC Committee of Hans Westling, whose brainchild the WVC was and without whom the Championships would not have developed in such a successful way, along with Ina Jozepsone, Michael and Christoph Theis, Torben Gunter and Reto Bazzi were presented with trophies to acknowledge their contribution. 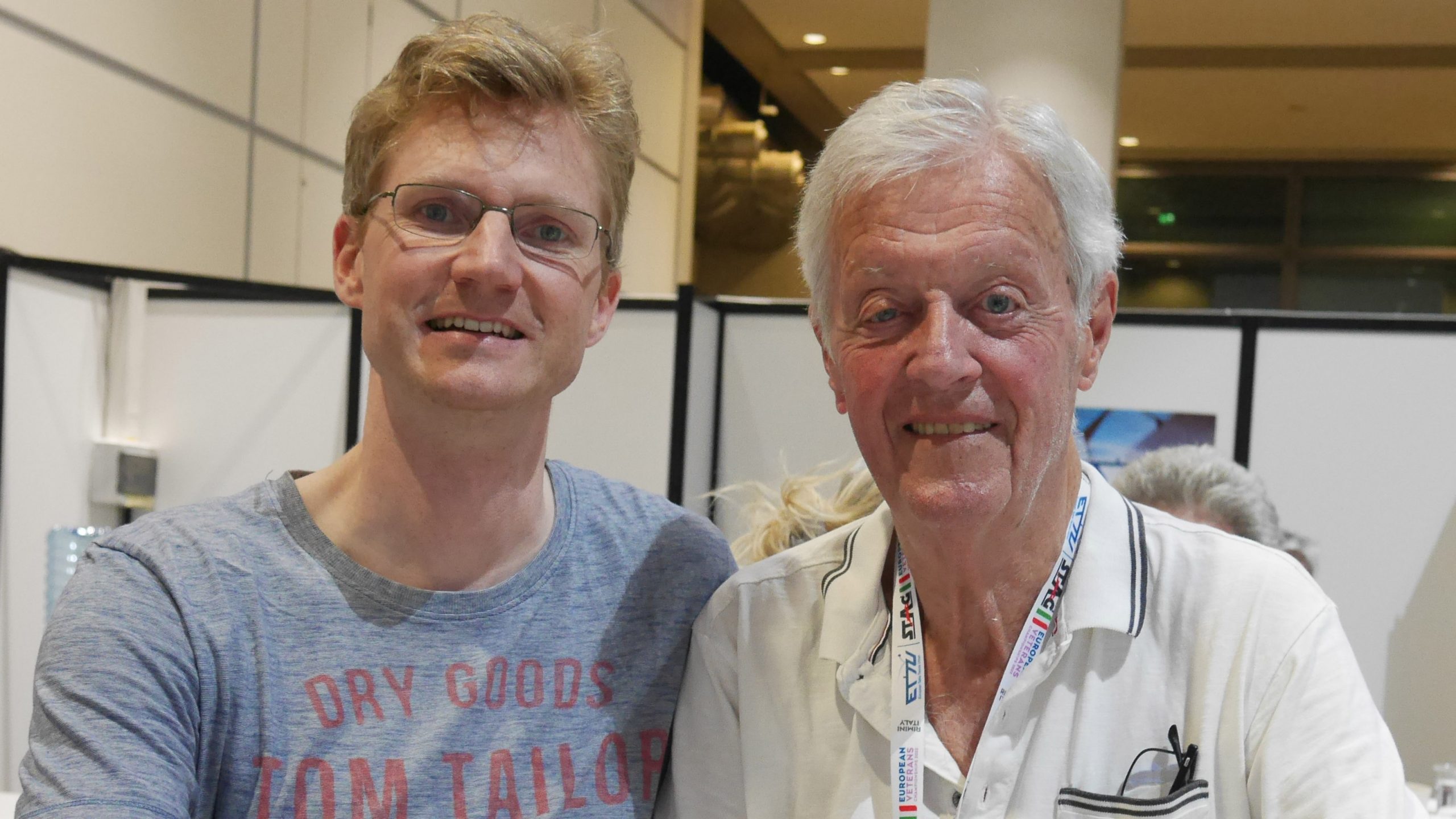 Also in attendance was Gloria Wagener who was made the first ever Honorary Life Member of the SCI in 2020 in recognition of the many years she had dedicated to the SCI, she was accompanied by her twin sister, Beverley Godfrey.

A pleasant evening which not only gave the opportunity to give thanks to the many dedicated officials but also a chance to catch up with old friends and make new ones. 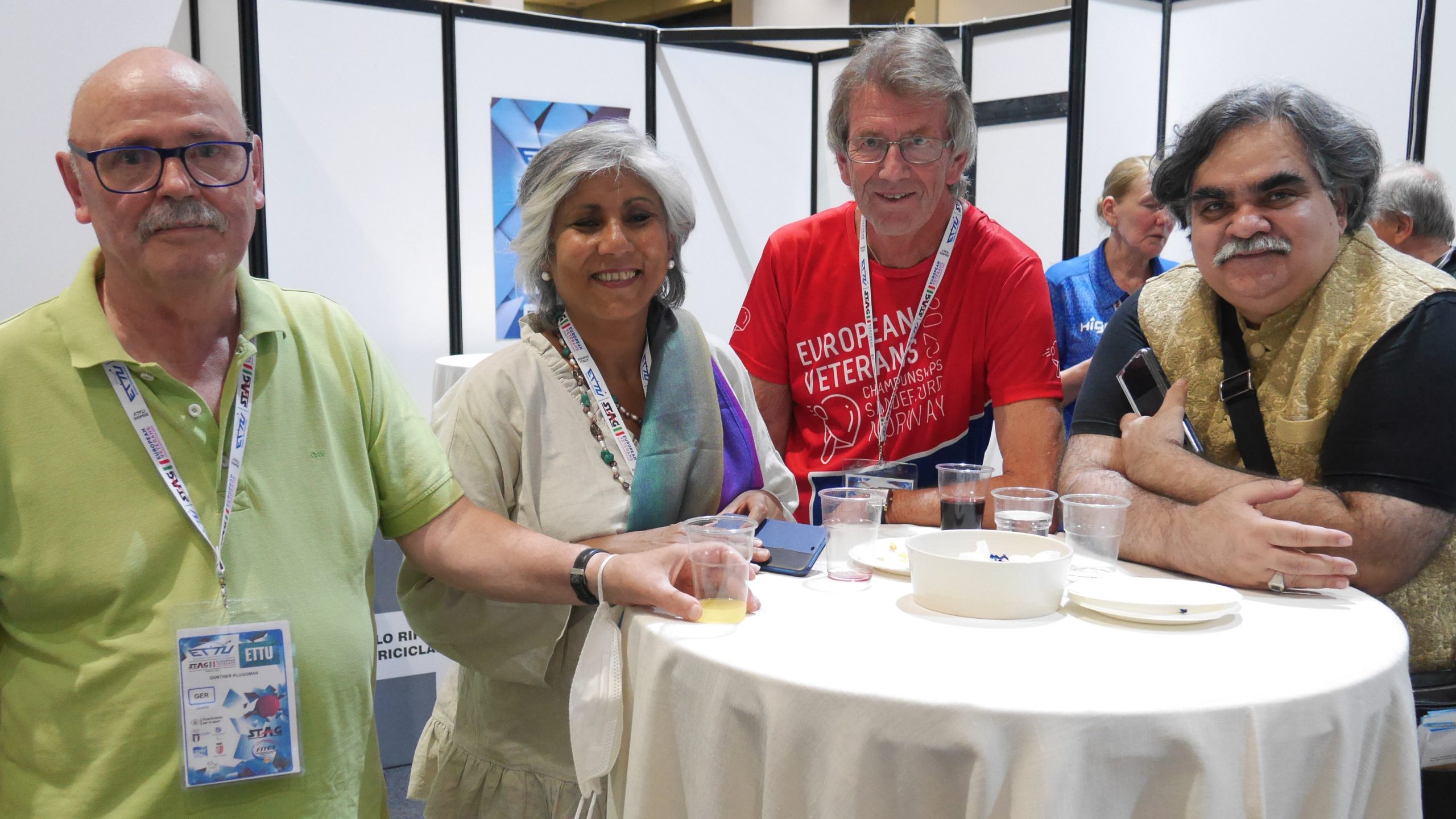 Six players were the invited guests of the SCI at the EVC, they were Valentina Popova of Slovakia, formerly of the Soviet Union. 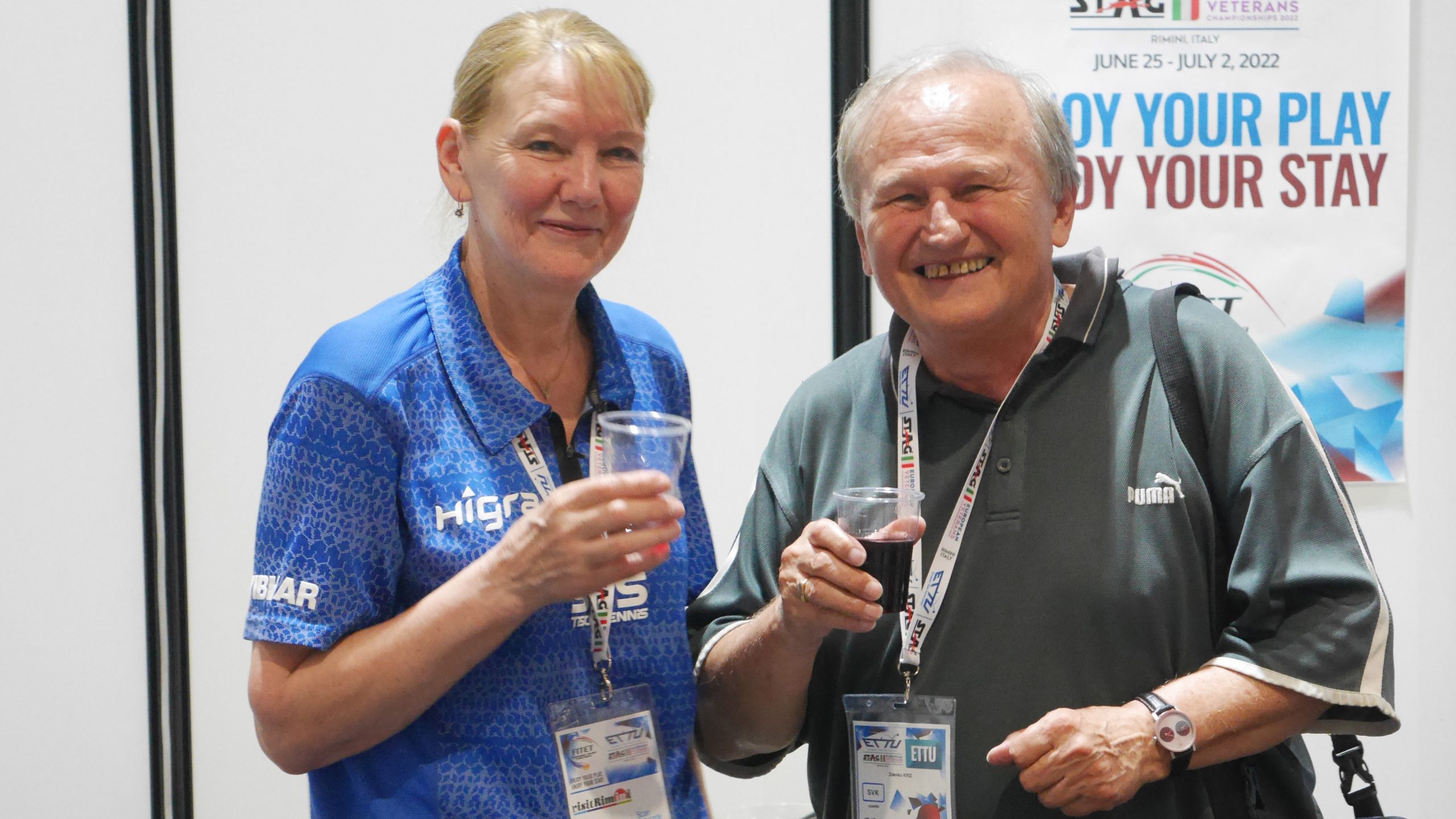 The other invited players were Dimitar Karaivanov of Bulgaria, Dimitry Abramenko of Israel, Jean-Louis Lamarre of France, Risto Salo of Finland and Istvan Szalai of Hungary.

Szalai was also a medallist reaching the semi-finals of the Over 75 Men’s Doubles with Istvan Batorfi. 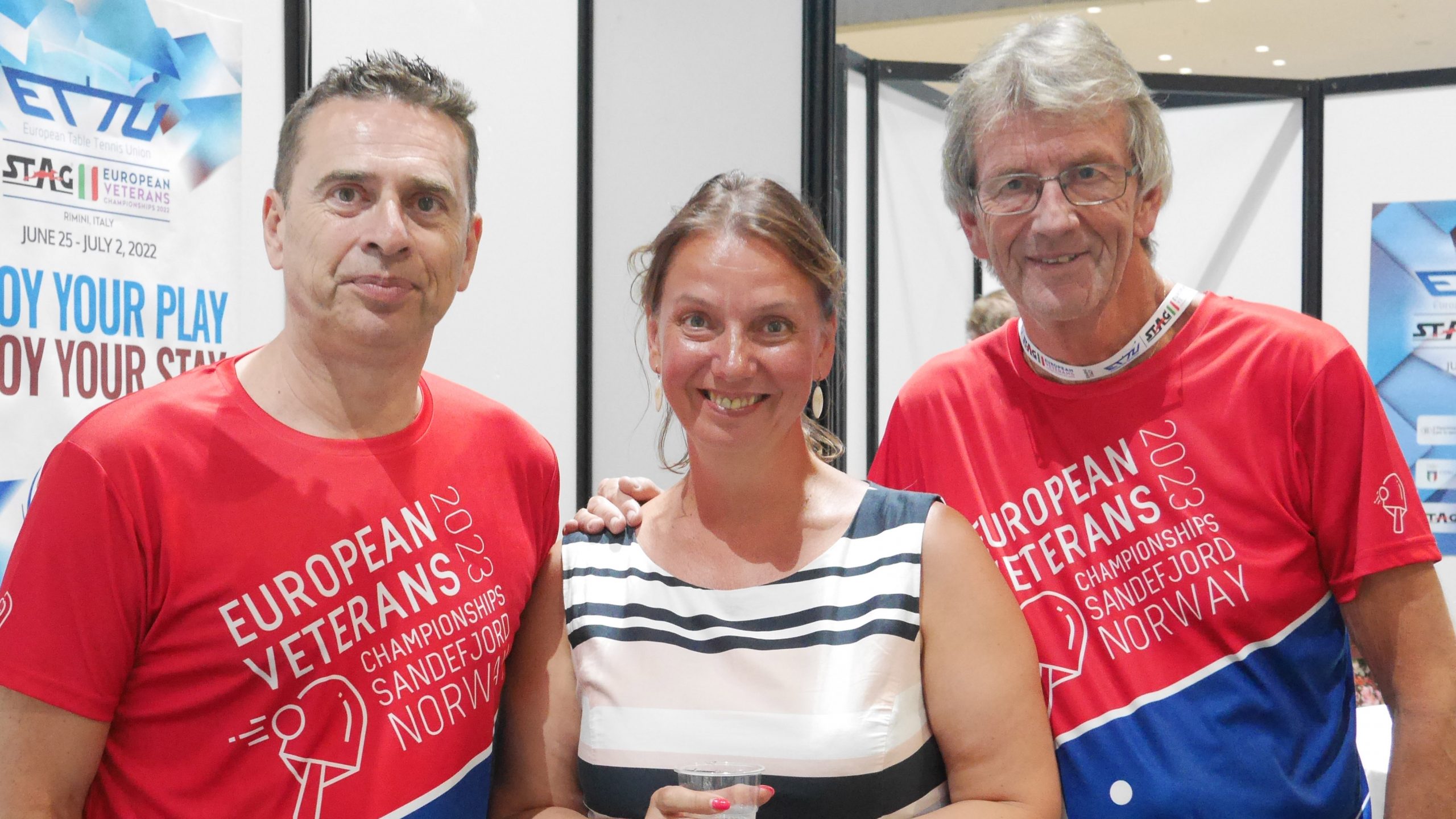 Richard Scruton was unable to be present due to his commitments for the European Table Tennis Union and the Commonwealth Games in Birmingham, England where he is the Competition Manager. 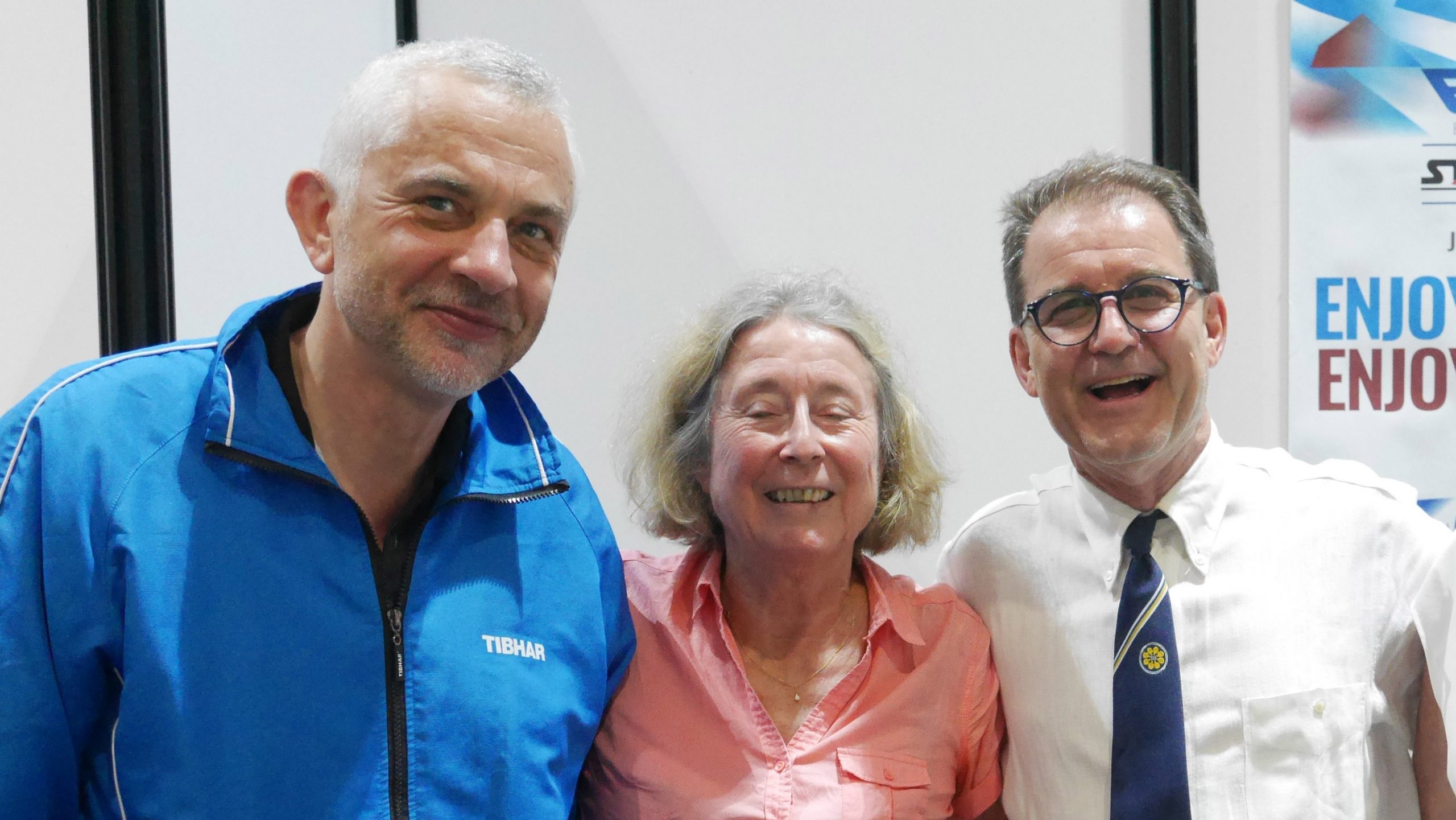