A pivotal member of the Bulgarian national team for many years, George Damianov passed away on Wednesday 27th January, as a result of contracting Covid-19; his wife has a milder form of the virus and is recovering.

Born in Haskovo on Monday 27th March 1950, he was 70 years old.
The sporting career commenced in Momchilgrad, where his parents moved to live and work. He gained professional qualifications in Sofia, specializing in table tennis with great distinction.

Following success at cadet and junior level, representing VIF Akademic and CSKA Sofia, he won six titles at the national championships, notably the three major individual events, each on two occasions. Undoubtedly, the most successful year was in 1974 when he won the men’s singles, men’s doubles and mixed doubles events. The successes came after he had secured the men’s singles title in 1971 and mixed doubles in 1973; towards the end of his career in 1997 he regained the men’s doubles crown.

Successful as a player, present at World, European and Balkan Championships, later he became a highly respected coach.

In 1990 he commenced a four year stint as the national coach for Cyprus, prior to spending three years in the Seychelles and then moving to Canada where he coached in Ontario and Manitoba.

Notably under his direction, at the 2007 Canada Winter Games, in effect an Olympic Games for the country’s 13 provinces, Manitoba won medals in both the under 15 boys’ singles and under 18 boys’ singles events. It was for the province, which usually finished in the middle of the list, a major achievement. 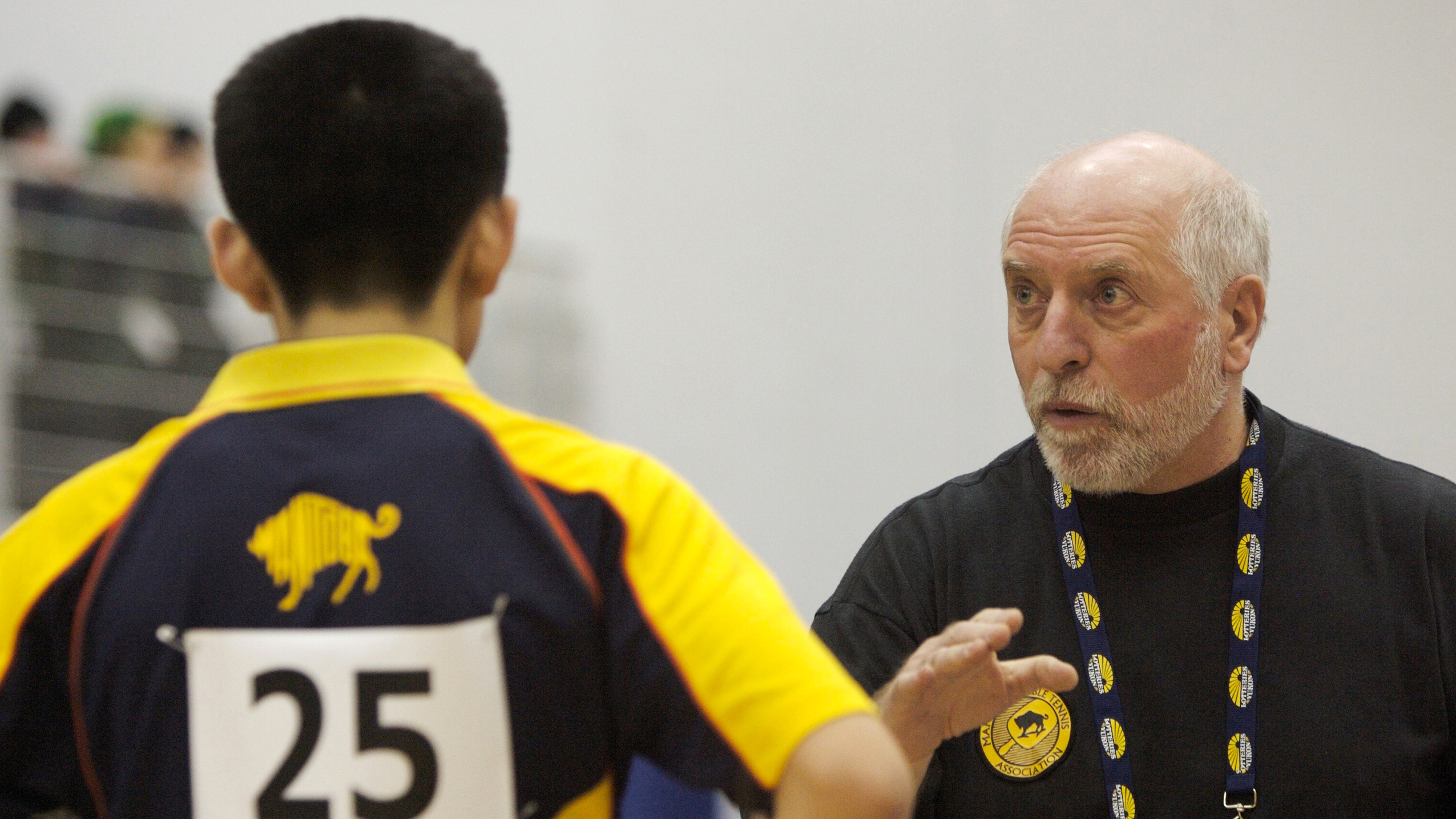 “Everyone in Manitoba is in shock, I cannot stress enough what a good person he was; for all of us here, George was much more than a coach, he was a friend and mentor to all. He will never be forgotten.” Ron Edwards

He returned to Bulgaria in 2012, participated in the organisation of international tournaments and became a member of the Swaythling Club International.

A keen supporter of Liverpool Football Club, modest and honest but with a competitive and fighting spirit, George Damianov was a true gentleman; he is sadly missed, we extend our condolences.