At the Chiba 1991 World Championships, Sweden’s Peter Karlsson partnered compatriot Thomas von Scheele to men’s doubles gold; at the Muscat 2023 World Veteran Championships, it was not to be the same outcome.

Joining forces with India’s Vivek Kohli, a member of the Swaythling Club International and chair of Stag International, on Friday 20th January, it was a third-round exit; competing in men’s doubles 50 years, the pair experienced defeat at the hands of Denmark’s Karsten Hamman and Jan Søndegard (11-6, 11-5, 11-8). 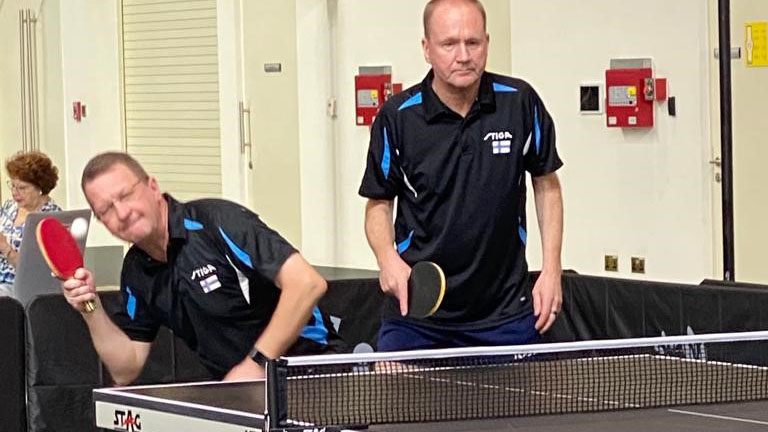 Present in men’s doubles 55 years, it was a first round exit for the Finnish pair of Mika Pyykkö and Risto Salo; seen serving, Risto Salo is a member of the Swaythling Club International.