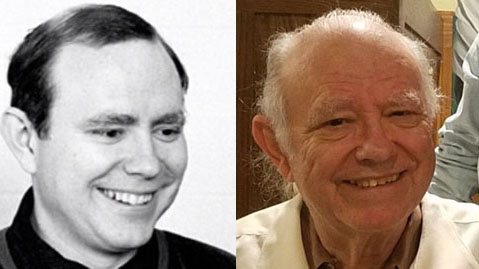 Valued member of the Swaythling Club International, George Dowd Kennedy passed away on Monday 5th October at the Abbott Northwest Hospital in Minneapolis following a short and difficult time suffering from pancreatic cancer.

George was born in Duluth, Minnesota; son of Dr. George L. and Margurite Kennedy. Raised in Faribault, Minnesota he attended the Massachusetts Institute of Technology; he graduated at the University of Minnesota, studying electrical engineering.

Known as Gus, he served for over three decades as an Executive Officer for the United States Table Tennis Association; his roles and service were national and international as a sports diplomat.

Later he married Carol Hill and lived in Minneapolis. They enjoyed many happy experiences together; dancing with their regalia at powwows, walking around Lake Harriet and attending concerts and social events.

A graveside ceremony and internment will be held at St. Mary’s Cemetery in Minneapolis.

Please direct any donations to the Minneapolis American Indian Center to expand the teaching of the Ojibwe language.