Player, official, businessman; there have been many landmarks in his illustrious career, on Tuesday 22nd December, there is yet another.
Eberhard Schöler celebrates his 80th birthday.

Born in Zlotow in north west Poland, always known as Ebby, he succeeded his wife, Diane, as President of the Swaythling Club International in 2013, a position he holds currently, having taken a one-year break in 2018/2019 when fulfilling the role of Deputy President.

It is during his tenure of office, at meetings held at the Liebherr 2017 World Championships in Düsseldorf and ratified two years later in Budapest that the overall responsibility for the World Veteran Championships was transferred from the Swaythling Club International to the International Table Tennis Federation. 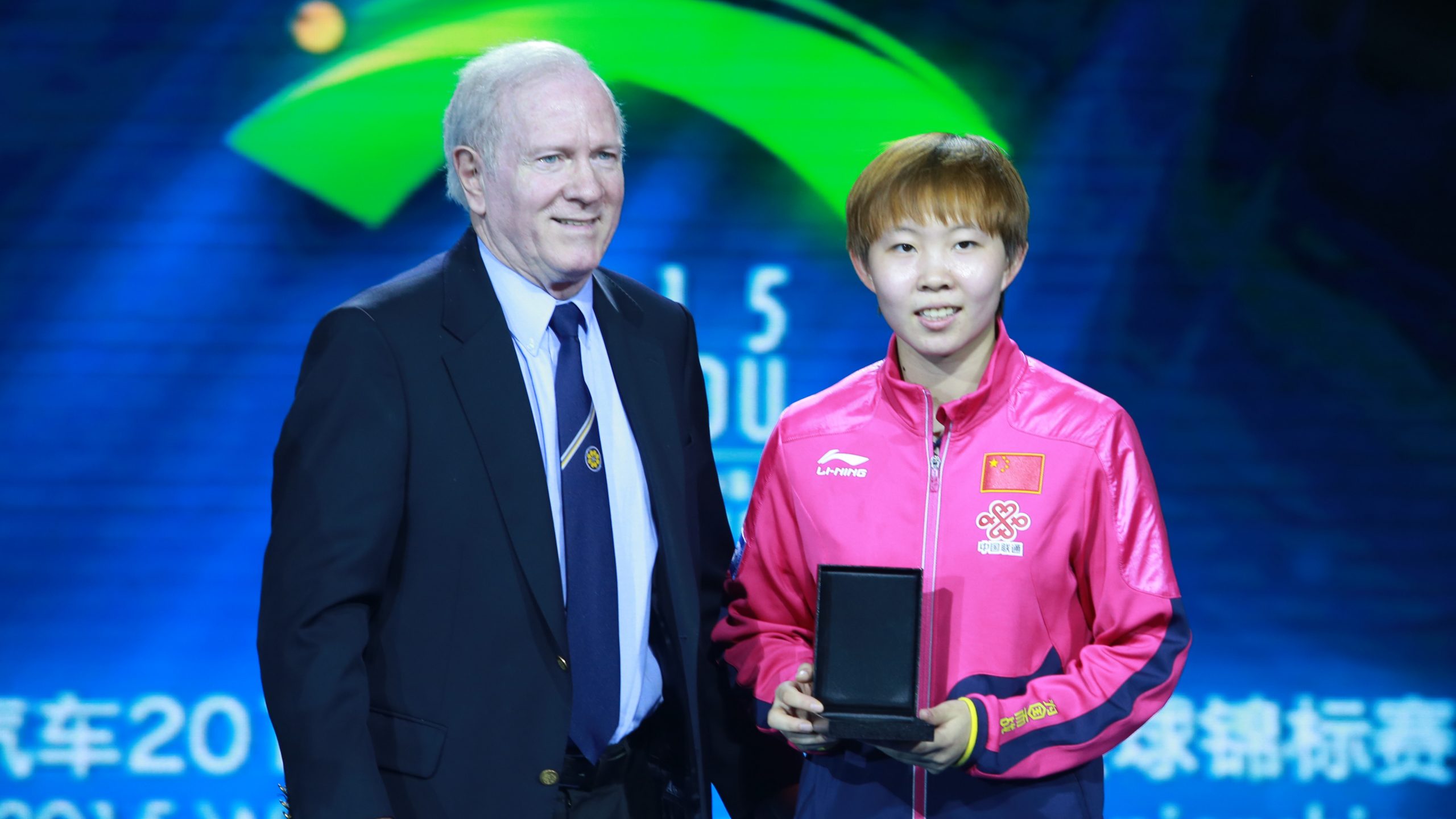 The smooth transformation pays great credit to Ebby Schöler. Modest, self-effacing, softly spoken, always he remains calm. Approached, he gives a well thought out response, supported by logical reasoning, one that shows regard for any proposal or comment received. He respects the traditions of the sport but is not closed to new ideas. Quite simply, in a nutshell he talks common sense; ask those who have met him in any walk of life, all value his opinions.

It’s as though he has transformed his ability to work out tactics to beat an opponent in the playing to arena to working out the best solutions when administration or officialdom is involved.

Admired for his professionalism in the best sense of the word, it is that quality which made him a national hero; to this day he remains the only German player ever to reach the final of the men’s singles event at a World Championships.

Moreover, he came so close to lifting the precious St Bride Vase; he was just three points away.

On Thursday 24th April 1969 in Munich’s Eiss Stadium, some 7,000 fans were present to support their idol in the men’s singles final at the 30th World Championships. They cheered, blew horns, chanted and waved banners in support. Facing Japan’s Shigeo Ito, the owner of one of the most powerful forehands on planet earth, Ebby’s renowned defence remained rock solid as he established a two games to nil lead.

Notably, it was only the second singles match in the whole tournament which Ebby lost; in the preceding men’s team event he recorded 21 wins and just one defeat. In the final Germany experienced a 5-3 reverse at the hands of Japan; Ebby lost to Mitsuri Konno but beat Nobuhiko Hasegawa and a certain Shigeo Ito. Furthermore, three days after the conclusion of the World Championships in Munich, when Germany played Japan in Wiesloch, again Ebby beat Shigeo Ito. Sometimes sport can be so cruel.

Win or lose, it is the backspin consistent returns of Ebby Schöler that attracted the attention but to execute that style you have to be extremely fit. It was a hallmark of his play that maybe sometimes went unnoticed or was just accepted. If it had not been table tennis, he may well have achieved in the athletics arena. He could run the 100 metres in 11.4 seconds!

Thankfully, it was table tennis he chose; the influence being his elder brothers, Karlheinz, now 94 years old and Reinhard, who passed away in 2008. Notably Reinhard was the West German champion in the 1950s. He won the men’s singles title in North-Rhine-Westfalia, the Westdeutscher Tischtennis-Verband.

Overall, Ebby represented the German team on 155 occasions, won 29 national titles, nine being the men’s singles, at the World Championships he secured two silver and five bronze medals. Later he formed the Schöler-Micke company and amongst many appointments, became a member of the ITTF Board of Directors and Deputy President of the European Table Tennis Union.

Most deservedly on the evening of Saturday 3rd June, in his home city of Düsseldorf at the Liebherr 2017 World Championships, Ebby received the award of Honorary Captain of the German Team.

A role model, the accolade is well merited.