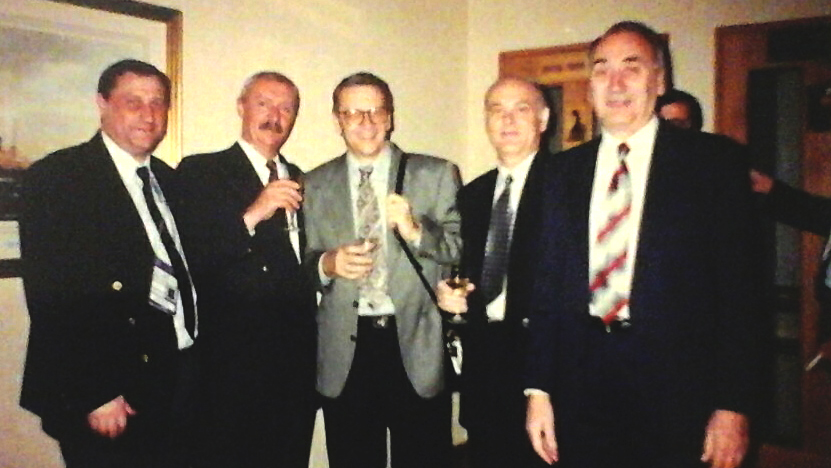 Photo: Ilya Freger (far left) with Gennadi Averin, Radivoy Hudetz, Yuro Posevin and Dusan Osmanagic (Maybe not good enough, only use if really necessary (Courtsesy of Ukraine Table Tennis Federation) by Ian Marshall, Editor Born on Sunday 29th February 1948, leap year day, Ukraine’s Ilya Freger passed away in his native city of Kiev on Friday 24th April, he was 72 years old. The men’s doubles runner up, partnering Boris Shafir, at the 1968 Ukraine Championships was his greatest achievement as a player; perhaps not the greatest of heights but as a coach he excelled. In 1969 he graduated from the Kiev State Institute of Physical Culture and later worked as the head coach for the Soviet Union, Ukraine and Uzbekistan as well

Marie-Jeanne Urchetti with husband Hugo (Photo: courtesy of Michele Urchetti) by Michele Urchetti Resident at Val Fleuri in Geneva, a medical and social institution for the elderly, after contracting Coronavirus (COVID-19), Marie-Jeanne Urchetti passed away quietly, without suffering, on Monday 13th April. Born in 1930 in the Swiss village of Le Châble in Valais; from 1937 to 1945 she lived in Martigny, before residing in Le Bouveret and then St. Maurice. In 1945 she moved to Geneva with her mother, sister Suzanne and brother Pierre. Later from 1946 to 1950 she worked as a secretary at the Pictet Bank and SA Import Company, before leaving for England where she resided until 1952. In 1956 she married Hugo Urchetti, a founder member of the Swaythling 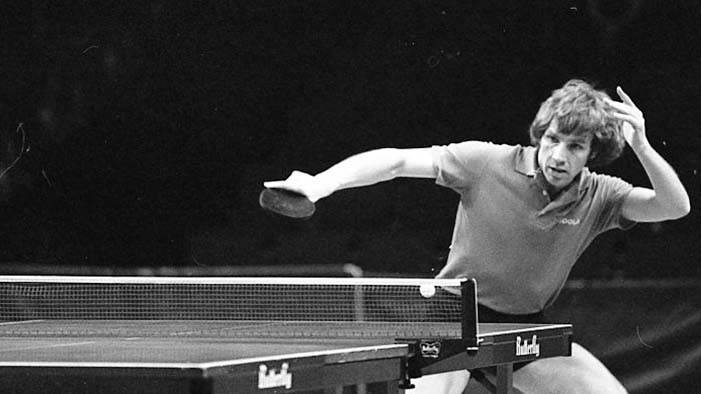 The city of Bordeaux ready to fulfil the role of host (Photo: Franck Tomps / LVAN) by Ian Marshall, Editor Staged in the French city of Bordeaux, the new dates for the 2020 World Veteran Championships are Monday 26th April to Sunday 2nd May 2021. The decision was approved by the International Table Tennis Federation following extensive discussions between the Swaythling Club International, the Local Organising Committee and the French Table Tennis Federation. by Ian Marshall, Editor Notably the same two venues as in the original proposal, when in May 2015 at the Qoros World Championships in Suzhou the tournament was awarded to Bordeaux, will be used. The Velodrome will host 36 tables, the Exhibition Centre 152 tables; in addition 40 tables will be available

Angelica Rozeanu, the owner of more titles at a World Championships than any other player (Photo: courtesy of Table Tennis Legends) by Ian Marshall, Editor Players confined to barracks, not able to enter the training hall; how long will the situation last? At the moment we simply do not know the answer; perhaps three months, daily we scan the internet for the latest on COVID-19. In a totally different era, a totally different situation, for the most successful female player of all time, she wondered if there would ever be an end to the isolation; there was but it took almost five years! Accepted that in her day, the World Championships were held on an annual basis, not biennial as from 1957; nevertheless the