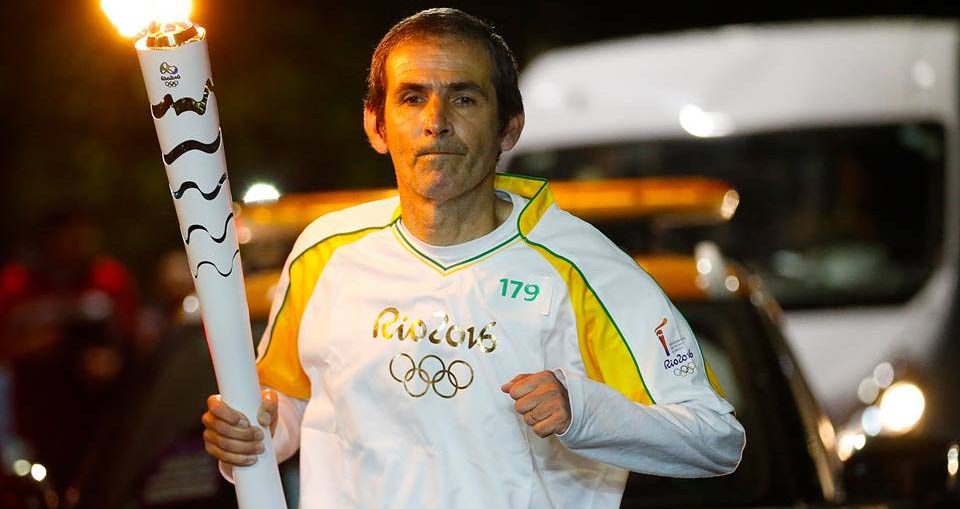 A proud moment for Mario Tovar (Photo: Courtesy of Marcio Tovar) by Ian Marshall, Editor Lit in the Greek city of Olympia, the birthplace of the Ancient Olympic Games, on Thursday 21st April; the Olympic Torch was presented to the Rio 2016 organisers on Wednesday 27 April following the traditional a tour around Greece. On Tuesday 3rd May, the Olympic Torch Relay, presented by Coca-Cola, Nissan, and Bradesco, officially commenced in the country’s capital city of Brazil; the 95 day tour around the country had begun. A journey around the country; on Friday 27th July, the torch reached Santos in São Paulo State, approximately 211 miles (340 kilometres) further south along the Atlantic coastline from Rio de Janeiro; about one by air, ten hours